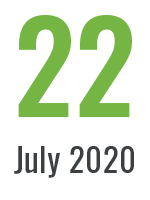 This EVENT's Sponsor is

David has been involved in over 15 million square feet of development and has shaped LGE’s team and process to what it is today. In 2014 to further strengthen the design build mission David started LGE Design Group, LGE’s architectural arm. He has won several industry awards including NAIOP general contractor of the year, NAIOP TI general contractor of the year, and Phoenix Business Journal 40 under 40.

Aaron Studebaker has been with the Community for 10 years starting as the Director of Sales and Marketing at Salt River Fields before moving over to the Tribal Government almost 6 years ago. He focuses on business development and special projects for the Salt River Pima-Maricopa Indian Community. These projects include development exploration, tourism marketing for the Talking Stick Entertainment District and Discover Salt River as well as any other random project that may come across his desk.

Jeff Mills has been with The PENTA Building Group since 2005 when he was hired on as a Project Manager, he has since moved into to the Project Executive role. Having been born and raised in the Phoenix area and wanting to move his family back to that community, he transferred to the Phoenix office six years ago. Jeff has overseen hospitality and tribal gaming projects in the Arizona region for both the Ak Chin and Salt River Pima-Maricopa Indian Communities and has been at the forefront of pushing those projects towards successful completion.

What will be discussed?

Phoenix has long built an economy on tourism and hospitality, but now things are changing. Hear directly from developers in the Retail, Hospitality and Entertainment spaces about how they are adjusting and still moving projects forward in the Greater Phoenix Metro area.

Zoom Webinar details will be emailed to registered attendees only approximately one day before the event.